Unfortunately, the entire website is currently available only in German, but we are trying to get a solution for a translated version in the near future with the limited ressources within our organisation and web-platform. The share of club members from abroad is growing, so we started in 2021 to distribute at least our club magazine as English E-Paper to those members outside of Germany via e-mail. In addition to that, an optional english website will probably follow, but we don't want to promise that.

We are so pleased that you have landed on the website of the MB /8 Club Deutschland e.V.. This club was founded in 1989 and is concerned with the care and preservation of historic vehicles exclusively of the two Mercedes-Benz models W114 and W115. These two models rolled off the assembly line in Sindelfingen between 1968 and 1976 in a total production run of 1,919,056 vehicles as the first "million series".

As the legendary predecessor of today's E-Class, the affectionately named "dash eight" was modernised from the ground up in the 1960s and presented to the international press in Sindelfingen in January 1968 as a new mid-size series with the highest safety standards as the successor to the W110 series. In 2018, we celebrated the 50th anniversary of these series with many special events.

We were also able to celebrate in 2019, because in 1969 the elegant coupé variant of the W114 was presented and thus the 30th anniversary of the club coincided exactly with this 50th anniversary:

The annual meeting, the so-called "STERNFAHRT" is one of the special features of this club and also the regional activity with nationwide regulars' tables promotes the exchange on a social and technical level. You can find more about our annual rally in the menu "Termine"(Dates) or directly here.

Since 1989, we at the MB /8 Club Deutschland e.V. have seen ourselves as an association of car enthusiasts for whom the Mercedes /8 is not just a means of transport, but who are interested in the preservation, restoration, maintenance and exciting history of this Mercedes-Benz model series W114 and W115.
As the oldest and only club in the whole of Germany that has been dedicated exclusively to this Mercedes-Benz model series for over 30 years now, we are nevertheless not an anonymous mass club. The aim of our club is above all to establish contacts between the approximately 600 members, from which friendships and mutual help in the care and maintenance of their vehicles develop. 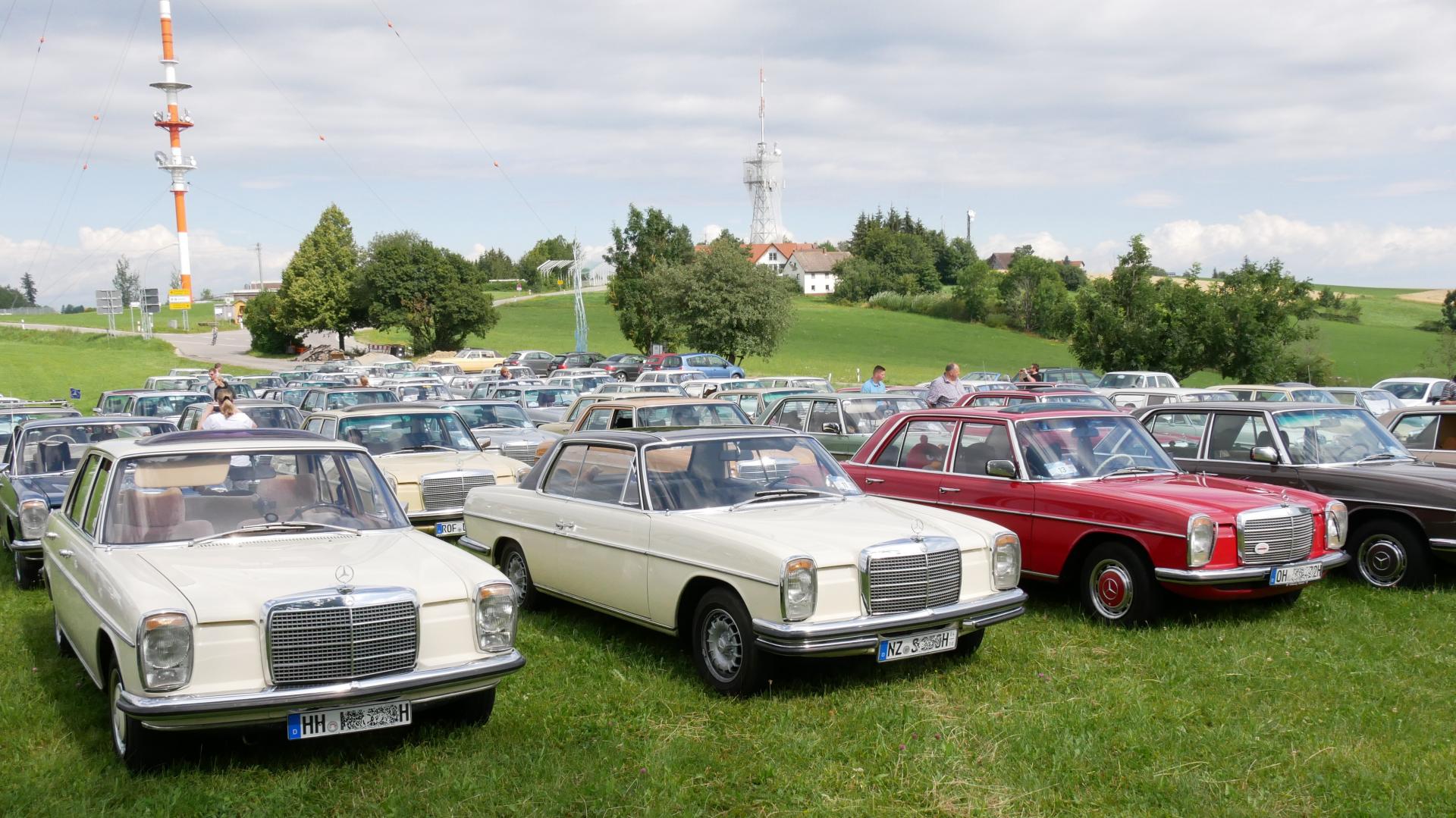 As a member of DEUVET and the INITIATIVE KULTURGUT MOBILITÄT, the MB /8 Club Deutschland e.V. is actively involved in the political and social work to preserve our vehicles as cultural assets. 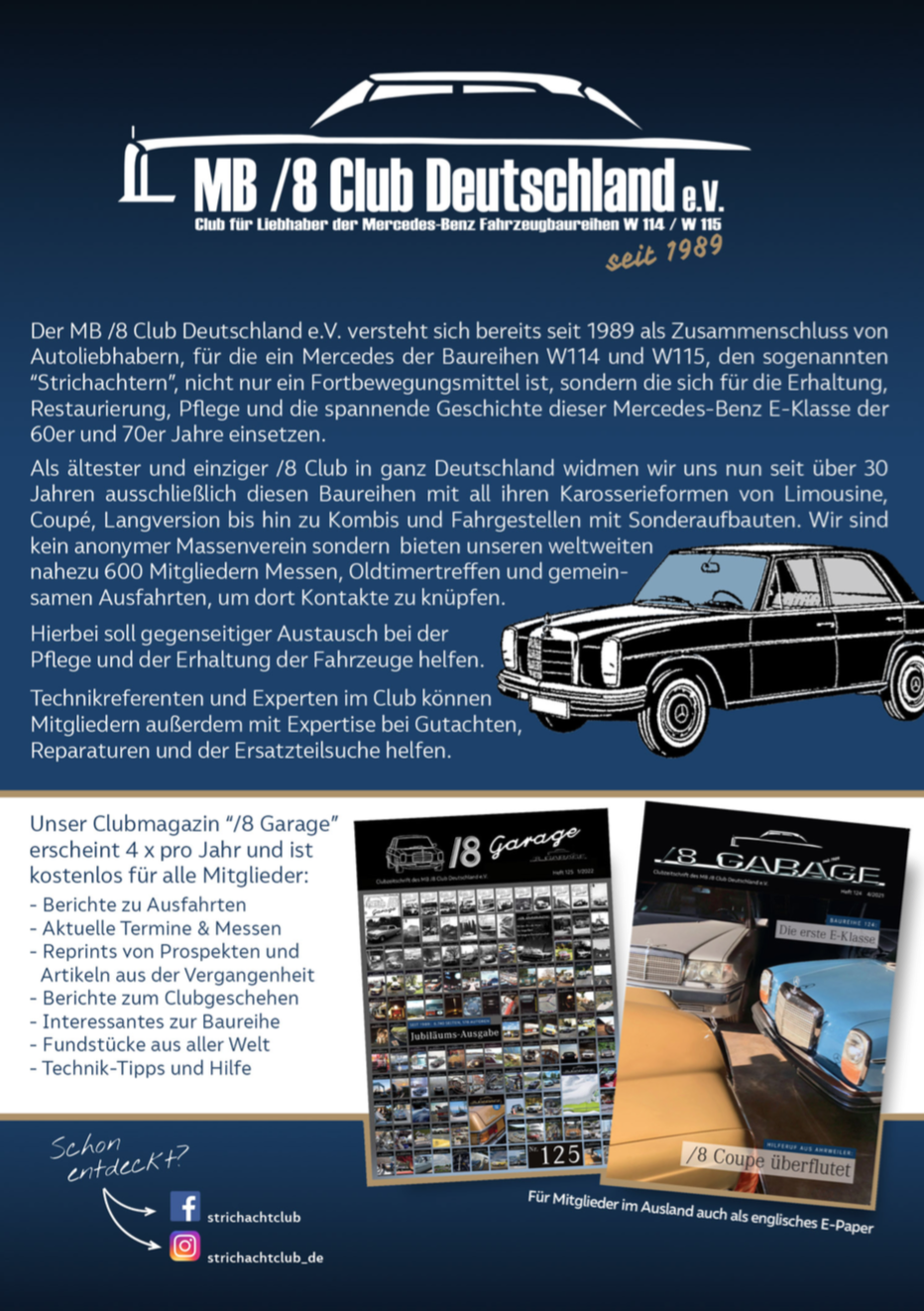